Dr. Joel Wallach, The Man Who Changed The Supplement Market

In terms of contribution to healthcare and nutritional supplements, the work of Dr. Joel Wallach has proven to be absolutely vital. Through a lifelong dedication to delivering results for his patients and thinking “outside the box” on matters related to health, Dr. Wallach has been able to improve the wellbeing of thousands of people during his distinguished career. To find out more about this pioneering medic, read on…

Dr. Wallach’s educational accomplishments began at the University of Missouri. He graduated in 1962 with a Bachelor of Science degree in Agriculture and a major in Animal Husbandry (Nutrition) and a minor in Field Crops and Soils. This, however, was just the beginning of Dr. Wallach’s dedication to learning. In 1964, he earned a Doctorate in Veterinary Medicine from the University of Missouri, and from there moved to a postdoctoral fellowship at The Center for the Biology of Natural Systems at Washington University in St. Louis, Missouri.

By 1982, Dr. Wallach had expanded his educational pursuits further. In 1982, he obtained a doctorate from the National College of Naturopathic Medicine, which is based in Oregon.

This consistent approach to furthering his understanding of health would later prove to be fundamental to Dr. Wallach’s life’s work.

As well as engaging with educational pursuits, Dr. Wallach has also worked for some of the best zoos and universities in both the United States and Africa. His early working life included…

As well as working in the roles above, Dr. Wallach continued to build his reputation as an author and scholar. This included the foundation of the Journal of Zoo Animal Medicine. He has published over 70 scientific papers throughout his career, with the most notable being the Diseases of Exotic Animals. As a seminal work, this textbook continues to be used today, and is featured on the Smithsonian Institute’s “suggested reading list” for Zoological Gardens and Aquariums.

Perhaps most significantly of all, Dr. Wallach discovered the world’s first case of non-human cystic fibrosis in a Rhesus monkey while working as a scientist in Emory University Yerkes National Primate Center in Atlanta, Georgia. Notably, the monkey with cystic fibrosis was selenium-deficient, Until this discovery, cystic fibrosis had always been seen as a human congenital disease; as a result, Dr. Wallach’s discovery flew in the face of accepted medical science at the time. Unfortunately, Dr. Wallach was fired following this groundbreaking discovery.

However, confident in the knowledge he had gained, Dr. Wallach continued to research and study the potential benefits of selenium and, in time, other trace minerals. It is through this work that he has made his name, and received recognition as one of the key leaders in the development and utilization of liquid mineral supplementation.

Dr. Wallach made a number of discoveries regarding trace minerals’ ability to prevent catastrophic disease in newborn children. Dr. Wallach’s interest in trace minerals had initially been piqued by the aforementioned discovery while working with Rhesus monkeys at Emory University. Having found that he could replicate cystic fibrosis by depriving selenium, he sought to further investigate the possibilities of trace minerals for human health.

This specialization in trace minerals has lead to numerous accolades for Dr. Wallach’s work, and also lead to him being dubbed the “Father of Liquid Mineral Supplementation” and the “Mineral Doctor”.

The Founding Of Youngevity

Following years of research, Dr. Wallach and his wife Ma Lan (MD), founded American Longevity in 1997. This company sought to provide comprehensive mineral and supplementation options directly to consumers. Their years of work in this field had lead to the creation of  what is now known as “90 for life”. This is a core philosophy that is at the heart of all products offered by Dr. Wallach. “90 for life” is so named as Dr. Wallach’s years of research have indicated humans require 90 essential nutrients, minerals, and vitamins to sustain optimum health.

Now known by the catchy name “Youngevity”, the company — which is now more than two decades old — has been extremely successful throughout its time in operation. The product range is vast, and there are distributors based worldwide. Most importantly, the products have proven to be incredibly beneficial to thousands of users.

Due in no small part to his own experiences, Dr. Wallach is a committed advocate for the First Amendment. His work in this area has lead to the FDA establishing Qualified Health Claims for selenium: that it “may lower the danger of particular cancers”. Furthermore, Dr. Wallach’s work and advocacy allowed recognition that omega-3 fatty acids: “may decrease the danger of coronary heart disease”. Given the scarcity of Qualified Health Claims issued by the FDA, it is clear that Dr. Wallach endeavors to ensure a scientifically-sound, thoroughly researched approach to all of his work. As a result, those involved with and taking the supplements manufactured by Youngevity also benefit from this rigorous attention to detail.

Dr. Wallach continues to help provide information and enlightenment to others via his published works. He is the author and co-author of over 70 articles to be featured in peer-reviewed journals, primarily regarding dietary and pharmaceutical research study.

Dr. Wallach’s dedication to health, research, and his company has benefited and offered hope to thousands of people throughout the world. The significance of his efforts, and his list of accomplishments, has lead to him being recognized as one of the most important figures in the history of trace element research.

From the Dr. Wallach Files Blog 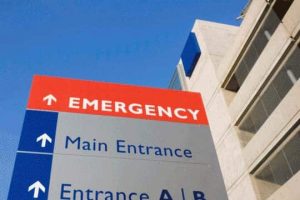 The hospitals that overcharge patients by 1000%

Try to avoid breaking any limbs in Crestview, Florida. You might wind up in North Okaloosa Medical Center, which charges 12.6 times, or 1,260 percent, more than what it costs the hospital to treat patients. North Okaloosa, along with New Jersey’s Carepoint Health-Bayonne Hospital, tops the list of… 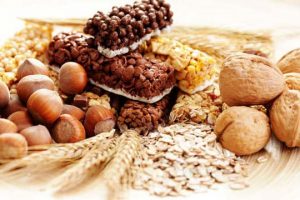 Adding dietary fiber to your diet is one of the best things you can do to improve your health. But even though it’s easily available and inexpensive, most people still don’t get enough. Maybe it’s because most people don’t understand fiber’s numerous benefits. Everyone associates fiber with relief of constipation, but it’s more than that. In fact…

Join us. Let us help you live a healthy, happy life. JOIN THE TEAM TODAY!

Get Your Pack Free

Get your pack free each month – we’ll show you how.

Not sure which Youngevity vitamin or supplement product fits you? Get your free evaluation NOW!

Join us today and get a free health evaluation. We will send you a simple questionnaire which will help us find the best product for your needs. And we deliver all over Australia! So start your journey to a heathier and happier life with Youngevity today!